From FactGrid
Jump to navigation Jump to search

Biblical and Quranic Data to work with 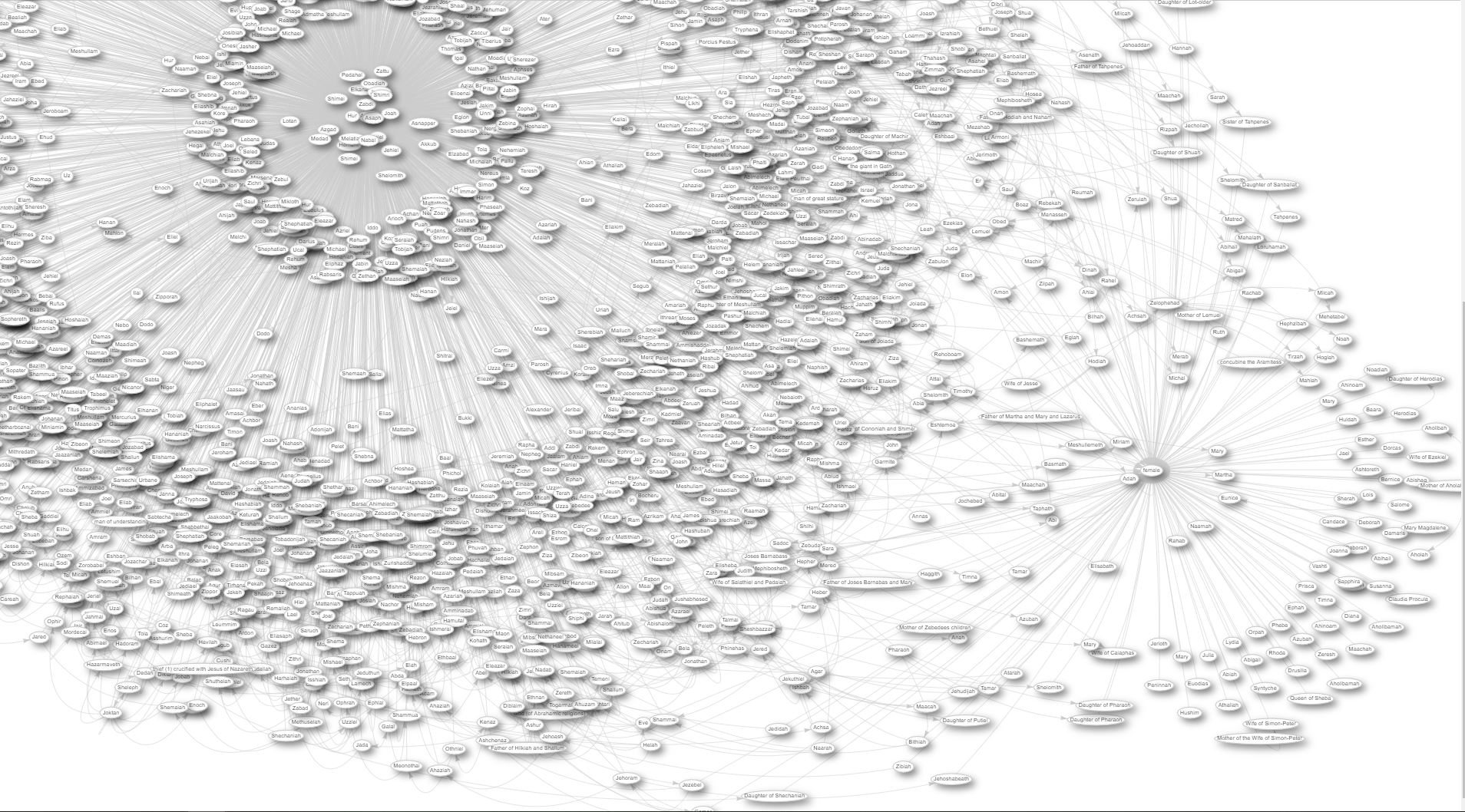 Database visualisation / screenshot of the query All the Bible's people, ties to children and gender

The FactGrid Bible & Quran Project is still in its experimental stages and a project looking for a team of people to take over. It aims to provide the historical knowledge of the Bible and the Quran in a SPARQL readable format — in a format open to logical searches, data mining and big data visualisations.

So far we have managed to organise a first basic grid for textual references: We created and matched Q-numbers for all verses, chapters and books of the Protestant Bible traditions in English and German. More than 3,000 personal records followed in an attempt to map all the persons who play roles in the various text passages. The first interesting milestone should be a solidified data set of these agents: Who is who? Under which name variants do these agents occur where exactly? How are they connected to each other?

The project is interesting from the historian's perspective as we are dealing here with the text base that was the backbone of all historical knowledge for centuries in the Christian and Muslim world — it had to be accepted that the world was created around 4,000 BCE, the historical traditions of all the other cultures whether ancient or exotic seemed to be inflated against this framework.

The project should at the same moment be of immense interest to all who are studying the Bible or the Quran from various theological and non-religious backgrounds as it promises to provide conclusive free and open to use data sets to explore in textual studies — data sets that can be downloaded and scanned far better than any of the traditional indices of the texts extant.